I’m David Penny, author of the Thomas Berrington Historical Mysteries set in the final years of Moorish Spain. Want to know why Moorish Spain? Check out the blog post here, and find out about a few other writers mining that same seam of a fascinating period in Spanish history.

I’ve been writing almost since I learned to talk, but in those days, many many years ago, all I read and wrote was science-fiction. By some stroke of good fortune at the age of 23 I found an agent and had a book accepted for publication by Robert Hale, which appeared in 1974. Three others followed until 1979 when I more or less stopped writing.

Life, huh? But I don’t regret those years. I married, had two great kids, and set up a small software company that I retired from in 2017. Even before then I had started writing again, but by then the publishing world had been stirred and shaken, and I was no longer obsessed with all things science-fiction, so I started to write mystery, crime and fantasy. None of those books ever appeared in print, but you can find a clue to one of them in the Dead Darlings section of this website.

And then one night an idea came to me and I said to my family, “Hey, has anyone ever written a detective mystery set in the last years of Moorish Spain?” Knowing only a little about Spain at that time I thought someone must have. But they hadn’t, not really, not the kind of thing I wanted to write. And so Thomas Berrington, emigree Englishman, was brought alive, together with his compatriot in crime the six-foot eunuch Jorge. You can find out why here, and welcome to their world.

From the outset there were always going to be 10 books set in the years 1482-92, ending with the fall of Granada to Spanish forces.

That’s me over on the right-hand side. I had hair once. A lot of hair, and hippy ideals I continue to carry around, as well as a penchant for very loud chaotic music of any kind.

The seventh book in the Thomas Berrington Historical Mysteries is now on pre-order, with a release date of June 13th 2019, and a special launch price.

WHEN REVENGE IS THE ONLY REDEMPTION

Thomas Berrington has come to the high mountains of Spain’s Sierra Nevada in search of an escape from the loss that haunts him. Standing at the boundary between life or death he cannot decide which to choose.

When his friend Jorge Olmos tracks him down Thomas tries to reject him, but Jorge cannot be rejected. Events draw Thomas back toward the world of the living, and he finds himself pursuing the men who stole all hope from him.

Thomas’s nemesis Abbot Mandana is working together with his son to gather an army. But for what purpose?

The Promise of Pain brings Thomas and Jorge together in what might be their final battle against the forces of evil that want to see the end of al-Andalus. Gathering those still loyal around him, Thomas makes one last throw of the dice. Life or death? Redemption or failure? Only the strongest will survive the battle to come … and Thomas doesn’t know if he is strong enough anymore. 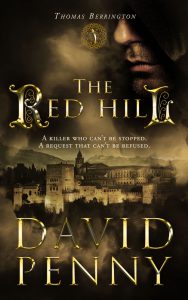 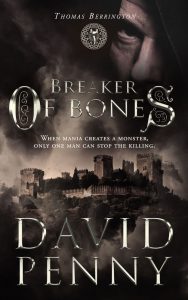 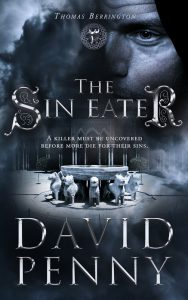 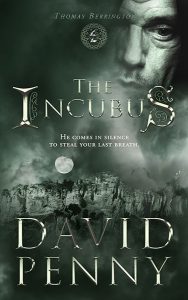 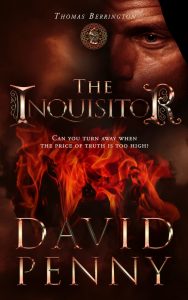 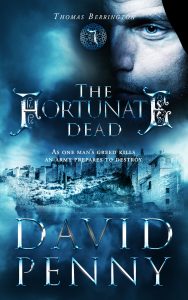 Click on any of the images above to find out more about each book, read a sample chapter and find out how to buy a copy in your local Amazon store. 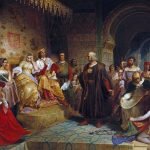 I started work on The Message of Blood, book 8 of the Thomas Berrington series, in the last week and already the first draft is 11% complete. There’s a lot of work still to do, but I have a scheduled …
Read More

While I was attending the London Book Fair I got chatting with internet advertising guru Mark Dawson, and he asked if I would do a quick interview to tell my story of how I discovered FB Advertising. I said of …
Read More 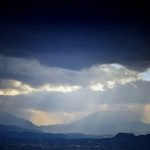 For those interested I thought you might like to read Chapter 1 of the forthcoming Book 6 in the Thomas Berrington Historical Mysteries. This is a first draft only, so might change a little in the finished book. CHAPTER ONE …
Read More